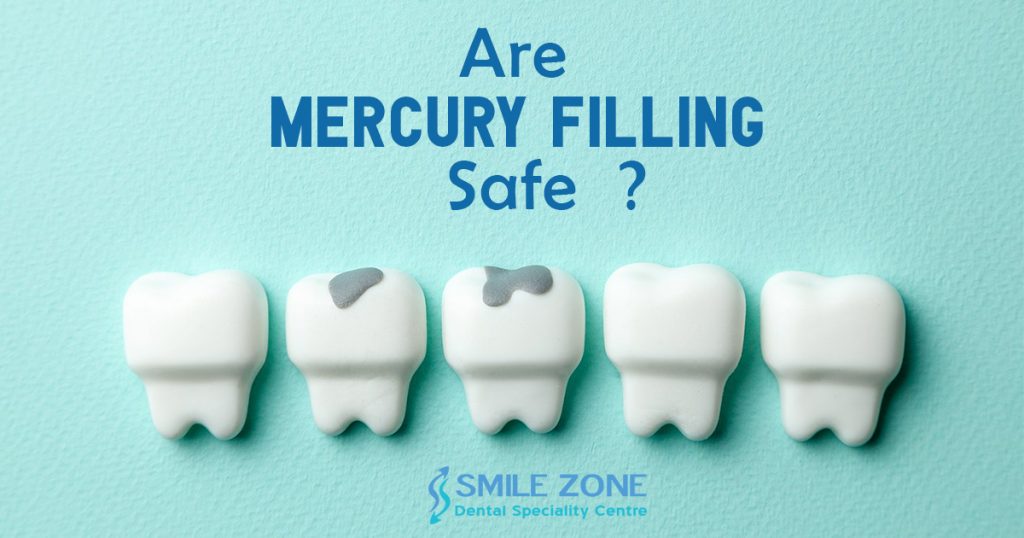 Dental fillings or dental amalgam is used by doctors to replace the decayed tooth. The fillings are made of a different material. One of the materials which the people are concerned about is that mercury. In this guide, we will tell you whether the use of mercury fillings is safe or not.

Dental fillings are a common material which is used by the dentist for filling the cavities. These are also known as dental amalgam. Fillings are made with different mixtures like mercury, tin, silver, and copper. Over the years, many questions have been raised because of the use of mercury. This is because it can get absorbed through ingestion and inhalation. Also, the fillings are less costly as compared to other material. It is essential that you follow the dental tips so that your teeth are strong and healthy.

Why mercury is used in fillings?

Mercury is used in filling as it helps in making the filling material flexible. If alloy powder is mixed with it creates a soft material. This makes it possible to mix and then press it into the teeth. But, the issue is that it can get hard very quickly which can make it difficult to bite and chew.

Why there is concern regarding the mercury in fillings?

The controversy is how much mercury is being absorbed and how much fillings is released. Earlier when the filling was placed in the teeth no mercury was being released.

Well, the research on this topic is complex and there are various estimates regarding the estimates of the mercury. Studies have shown that the amount of mercury which you get with the fillings is very less as compared to those which you get from the food and daily environment.

If you are facing problems then you should visit our dental clinic and consult the doctor regarding your problem.