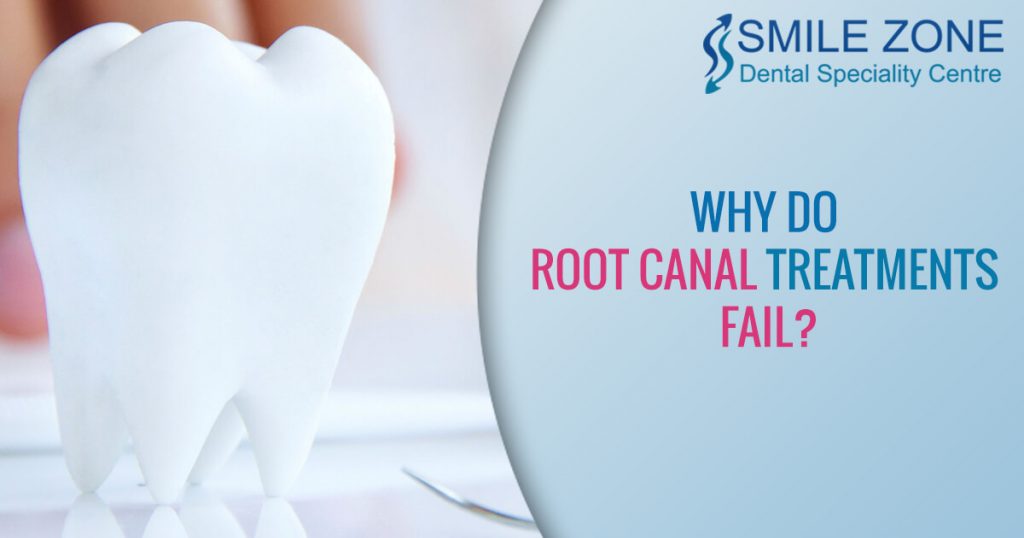 Dental problems are common, in both young and adults. However, there are various dental treatments and procedures that can help you restore your dental health and as well provide a better life. Rather than extracting a tooth/teeth from the mouth, treatments like root canal treatment offer a paramount solution to infected, damaged or diseased root canals.

The root canal of a tooth is that part of a tooth that is hollow, most described as the pulp. During the procedure, the diseased pulp, nerve, tissue, and debris must be removed to relieve pain and also prevent further infections.

The major reasons as to why root canal treatments fail to provide the intended benefits or purposes include;

Extensive procedures like X-ray and a proper examination must be conducted. It is also vital to remember that a root canal treatment is a one-day procedure at the surgeon’s office for some patients as individual cases differ from one patient to another.

This is one of the commonest reasons as to why root canal procedures fail. The pulp is a long hollow that must be properly treated and cleaned to remove any damage or infection. Knowing the depth of the canal can be aided by understanding the anatomy of the tooth/teeth. Depending on the type of tooth to be treated, there are additional canals that the surgeon must take note of for example the mesiobuccal root (upper first molar), which has more than two canals.

Another type of canal is known as the MB2 canal, which is mostly missed by surgeons. Certain procedures and instruments that can reveal various canals during an evaluation include; 3-dimensional radiographic imaging (CBCT), operating dental microscopes, and X-rays among others.

Due to a number of reasons, including the fact that root canals may have irregular shapes, some tissue may remain in the canal becoming a source for re-infection or rendering the treatment a failure. While treating a damaged canal, the endodontist must take enough time to remove the infected part, clean it and then disinfect it with a specialized solution to prevent infections and bacteria.

Also, the instruments must be sterile.

Bacteria can enter the treated pulp through a leakage. Dental experts at the best dental clinic in India explain that nearly 85% of the dental materials used can allow leakage of bacteria. Therefore, to prevent these leakages, the specialist must take measures such as immediate permanent fillings, orifice barriers, rubber dam isolation, and proper follow-up to prevent bacteria.

However, the best permanent filling as soon as the root canal treatment is conducted is the best way of preventing bacteria.

Root canal fractures commonly occur in those teeth that have never had a filling. These fractures cause bacteria to enter the tooth. Much as X-rays can reveal some fractures, not all fractures can be revealed and these cause infections and the multiplication of bacteria.

Also, a fracture can also occur due to the fact that the root canal treatment was aggressive.