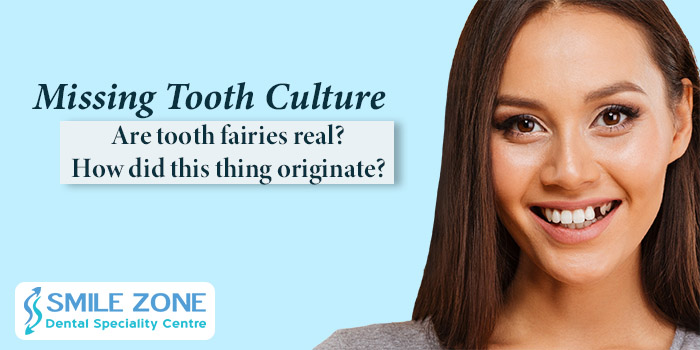 How did this myth come into origin?

Usually, people are of the view that the creation of the tooth fairy story was done many centuries ago. But this is a modernised character and is not supposed to be so ancient.

What was done with the tooth in ancient times?

The culture of using the broken tooth is different in each country. Following cultures will surprise you if you were the one who only knew to dispose of the broken teeth after wrapping them in the cotton:

How are parents contributing to this myth?

Parents, being parents, can not see their children disappointed and when their children place the tooth under their pillows, they stealthily replace some money or get the tooth wet. This way children get happy and it has led the children to have a strong faith in the tooth fairies until they grow up and find if indeed the tooth fairy comes to take the teeth.

How is the myth of the tooth fairy celebrated in various countries?

As per their creation culture, they treat the broken tooth as the dead tooth which can bring success to the children’s life. So it is usually buried in the mouse hole.

As discussed, the people in these countries three the tooth on the roof of the house after closing the eyes

The children put the missing tooth in the glass or a pot. They firmly believe that some magical character will come to replace it with a gold coin.

This culture is the same as that of Argentina. The slight change which you will experience here is that the tooth will be placed in the box instead of the glass. Rest the belief is the same.

Dentists are also using it!

When the children are taken for the dental checkup and the treatment, then the doctor’s area encourages the children by mentioning the characters like magical mouse and the tooth fairy. This way the children make themselves prepared to undergo the procedure.

We all have felt dashed in hopes when we grew up and came to know that there is no such thing as the tooth fairy. It’s ok! It happens with everybody. Lol! Now it’s time to make our children glad by becoming their special tooth fairies and the magical mouse.